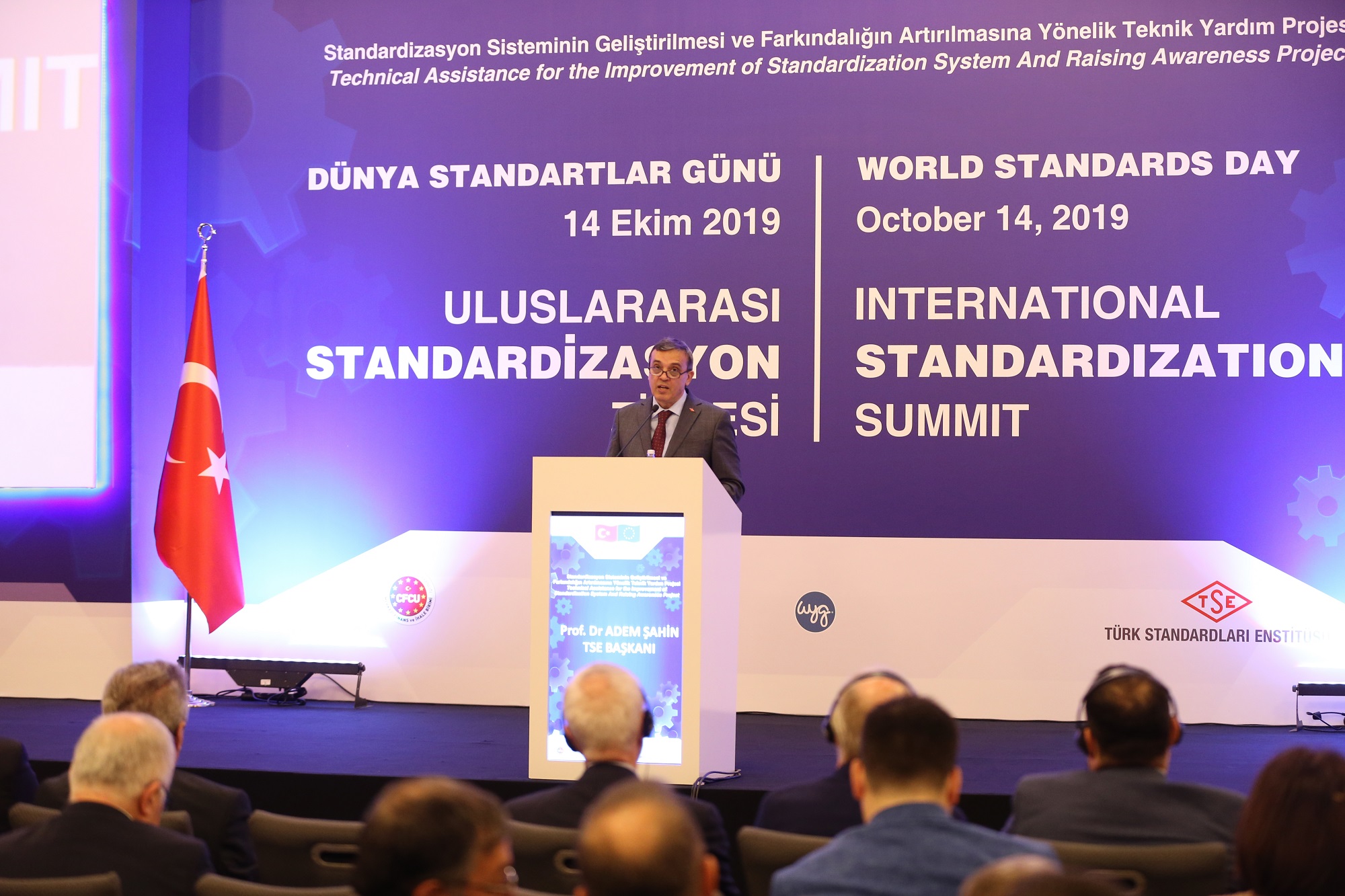 “International Standardization Summit” was held on October 14 within the scope of the project “Technical Assistance for the Improvement of Standardization System and Raising Awareness” carried out by the Turkish Standards Institution (TSE) with co-financing European Union and the Republic of Turkey.

Following the opening speeches at the summit, “Active Participation Award Ceremony” was held on the 14th of October, World Standards Day. Deputy Minister of Industry and Technology Büyükdede presented the awards to the representatives of institutions that were successful in various categories in the field of standardization. In the award ceremony, Nurdeniz Tunçer, the President of the Guide Dogs Association, received the “Active Mirror Committee” award on behalf of his institution. Tunçer came with the guide dog Kara to receive his award. Kara received great applause from the participants in the hall.