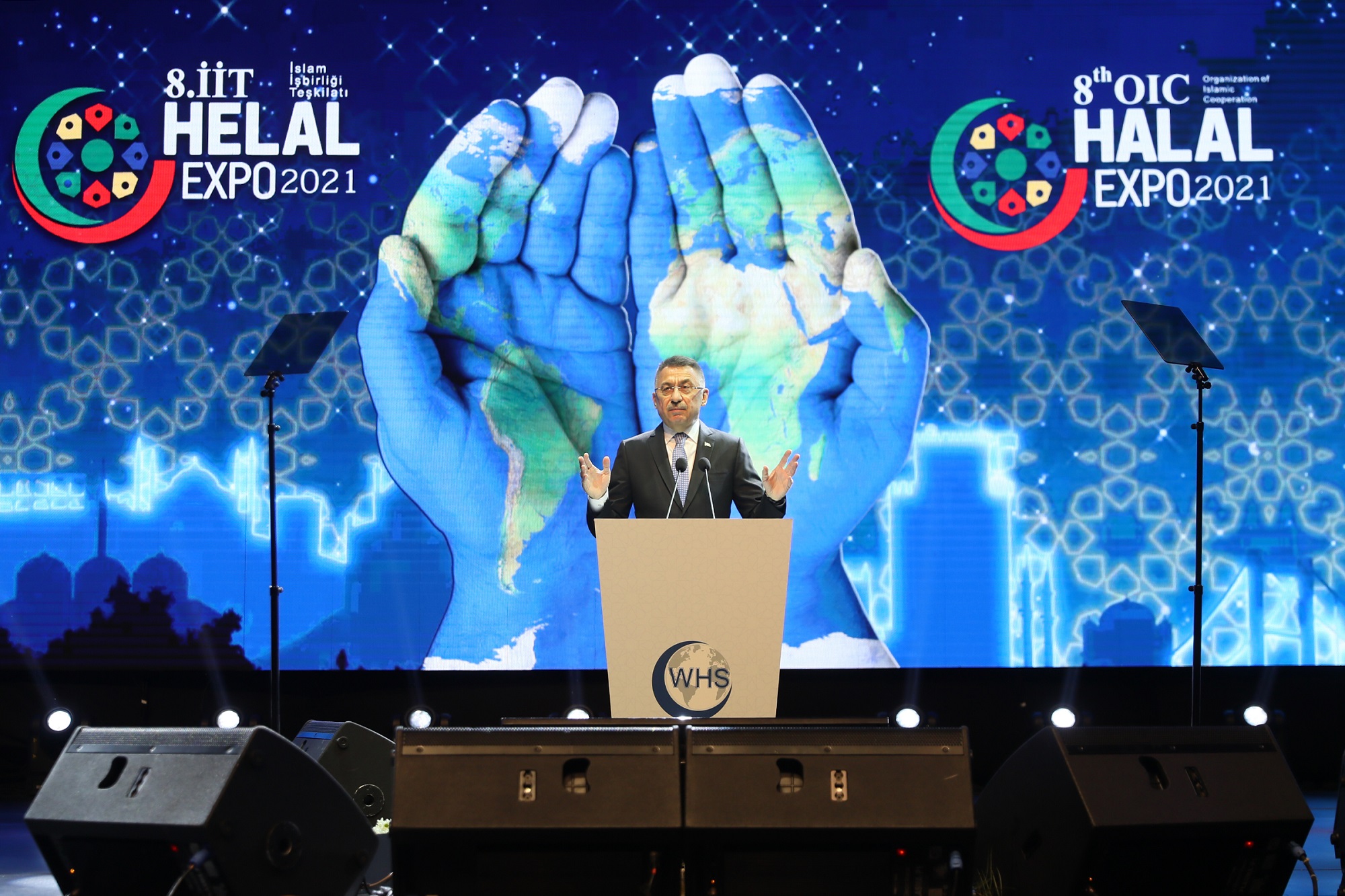 The 7th World Halal Summit and the 8th OIC Halal Expo, organized in cooperation with the Islamic Trade Development Center (ICDT) and the Islamic Countries Standards and Metrology Institute (SMIIC), with the participation of Vice President Fuat Oktay, started at the Istanbul Congress Center.

Delivering the opening speeches of the event, Vice President Fuat Oktay conveyed the greetings of President Recep Tayyip Erdoğan, who has always given the strongest support to the World Halal Summit for the cooperation and standardization of halal certified products and services.

Oktay said, "Despite the Kovid-19 epidemic that swept the world, today, at the summit, nearly 60 speakers from more than 20 countries were present at the Fair, with nearly 400 companies and establishments from 35 countries in the fields of food, cosmetics, medicine, chemistry, textile, tourism and technology. The fact that we are hosting shows the value and interest attributed to halal products and services.

Stating that the preference of halal products and services is a necessity of a life style in accordance with Islam, and a command of religion, Oktay said, “Due to being halal as well as being clean and healthy, halal products have become sought after not only by Muslims but by everyone. The largest producers of halal products today are non-Muslim countries such as Brazil, Australia, France, Germany and New Zealand. While the world halal economy had a volume of 4 trillion dollars in 2017, it has reached a market size of 7 trillion dollars today. The halal economy, which includes areas such as food, cosmetics, medicine, finance and tourism, continues to grow exponentially every year.