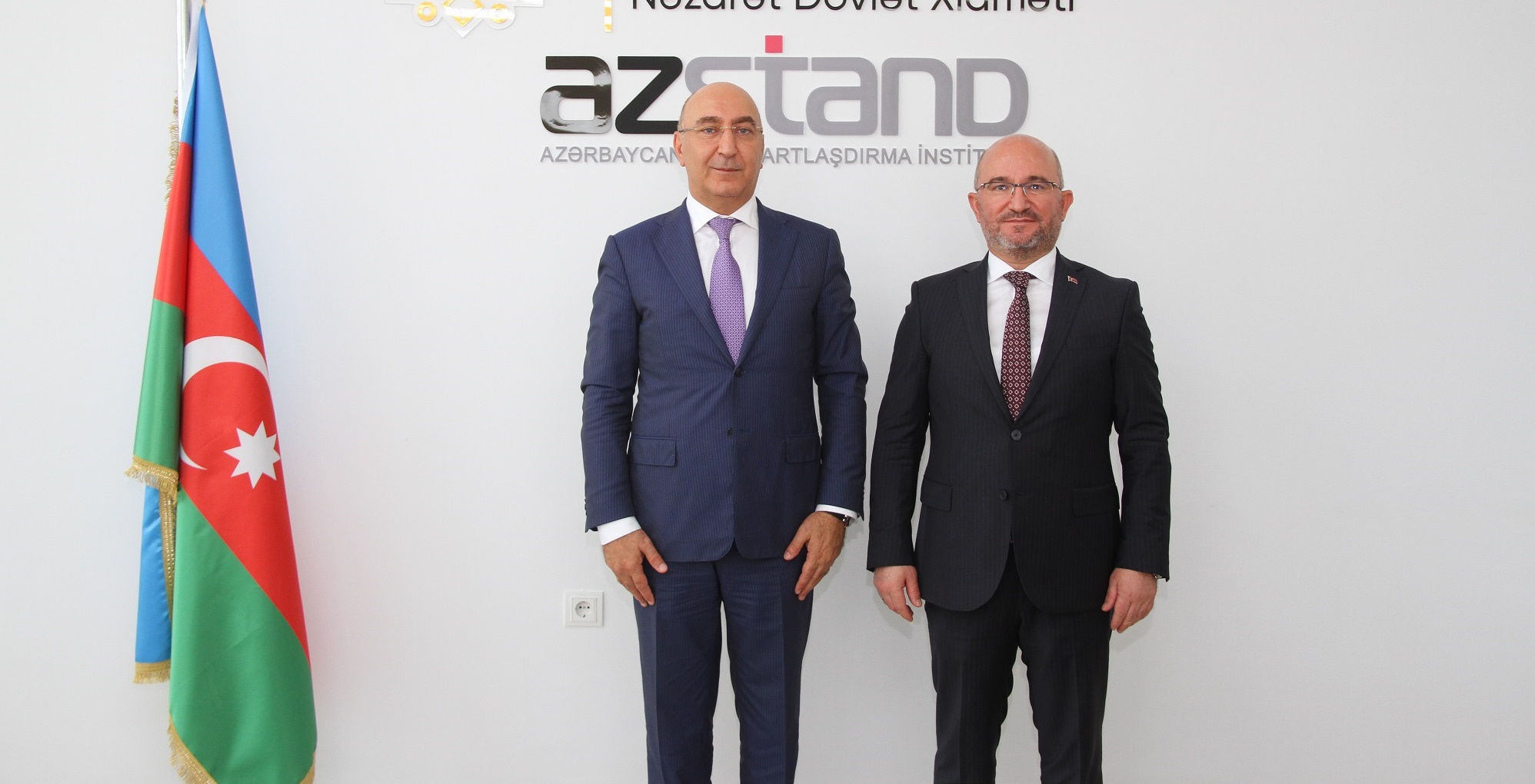 Mahmut Sami Şahin, the President of the Turkish Standards Institution (TSE), said, “A serious study and investment has started in the development of quality infrastructure in Azerbaijan. As TSE, we follow the successful works of Azerbaijan. We will continue to maintain our constructive contributions and give our best support.”

President of Turkish Standards Institution Mahmut Sami Şahin and his accompanying delegation visited Azerbaijan Standardization Institute (AZSTAND). The first meeting was held with TSE President Mahmut Sami Şahin and General Director of AZSTAND Dr. İlham Bayramov. The Presidents of the two institutions with deep-rooted relations mentioned that the extensive and intensive cooperation on the basis of “one nation - two states” sets an example and that its strategic dimension is getting stronger.

We Will Maintain Our Constructive Contribution

TSE President Şahin who is speaking at the meeting said that ‘TSE has been working seriously to create a strong quality infrastructure and increase the trade capacity between the two countries with its service portfolio that it has been maintaining in Azerbaijan for more than 30 years.’ Şahin said “TSE is Türkiye's national standardization organization, having the largest laboratory network in Türkiye in terms of its infrastructure and expert workforce as well as an institution that develops international projects in the field of conformity assessment.”

Şahin who stated that the strengthening of TSE's multi-faceted cooperation in Azerbaijan will contribute to both Türkiye and Azerbaijan industry said, “A serious study and investment has started in the development of quality infrastructure, compliance with and implementation of standards in Azerbaijan. As TSE, we follow the successful works of Azerbaijan. We will continue to maintain our constructive contributions and give our best support.”

After the meeting between Şahin and Bayramov, the applicability of standardization and certification models in Azerbaijan was discussed, and information was given on the fields of activity of AZSTAND. The issue of TSE's support for conformity assessment infrastructure on issues such as conformity assessment and pre-shipment inspection and market surveillance in order to increase trade between Türkiye and Azerbaijan and to prevent poor quality product competition was also brought up in the meeting. During the meeting, the parties also agreed to develop cooperation within the Standards and Metrology Institute for Islamic Countries (SMIIC) in the coming period.