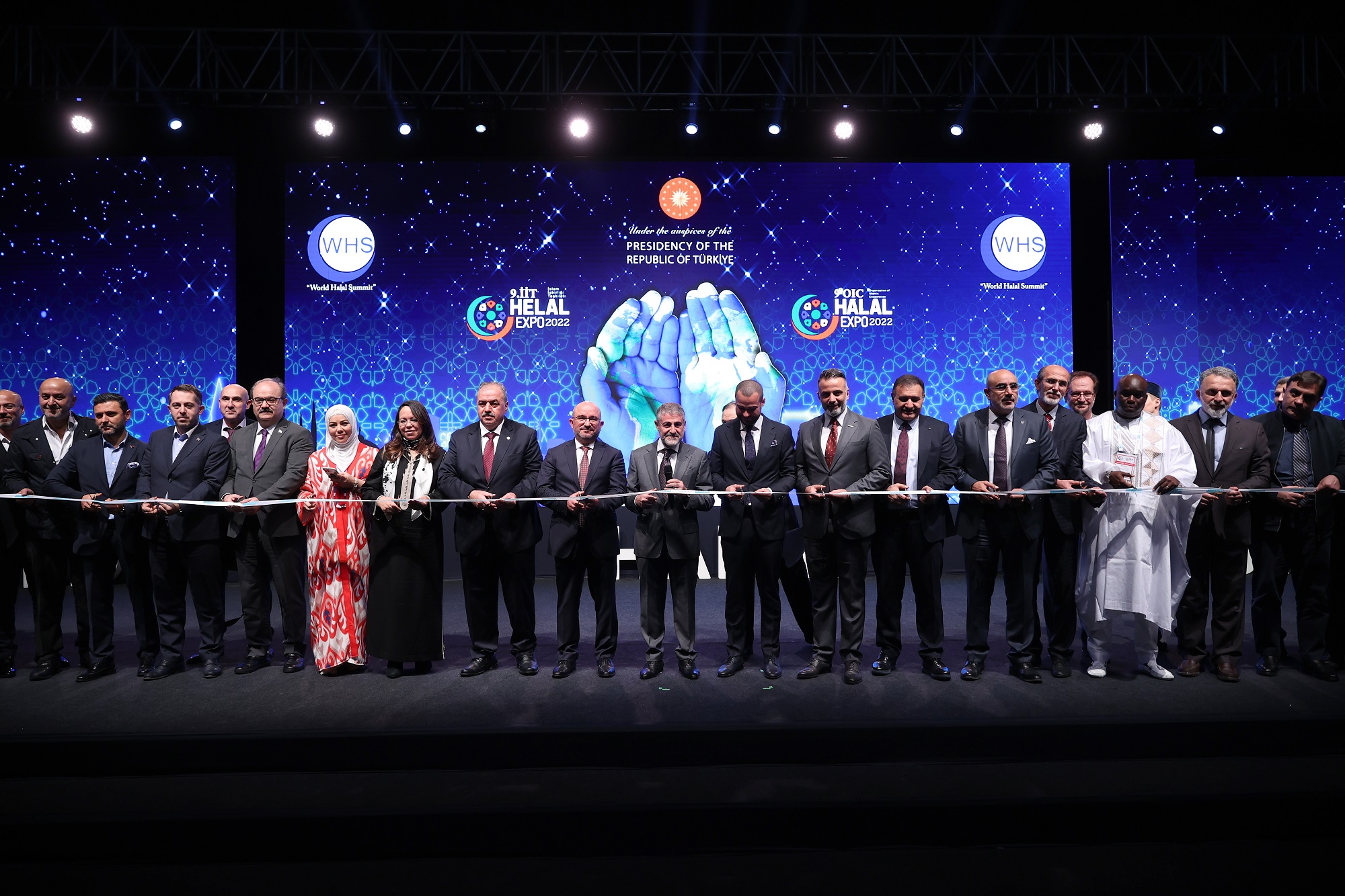 The 8th World Halal Summit and the 9th OIC Halal Expo, organized in coordination with The Standards and Metrology Institute for Islamic Countries (SMIIC) and in cooperation with the Islamic Center for Development of Trade (ICDT), began at the Istanbul Congress Center.

The message sent by President Recep Tayyip Erdoğan was read at the opening of the event, which was held this year with the motto " For a Sustainable Trade: Explore All the Aspects of the Halal Industry".

Speaking at the opening of the panel titled "Halal Quality Infrastructure; Standards and Conformity Assessment," Turkish Standards Institution (TSE) President Mahmut Sami Şahin recalled that The Standards and Metrology Institute for Islamic Countries (SMIIC), affiliated with the Organization of Islamic Cooperation, was established as a suitable platform for Islamic countries to gather under one roof and accept common standards. Noting that Islamic countries are successfully continuing their efforts to establish common standards, primarily halal, as well as other activities in the field of metrology and accreditation, Şahin stated “SMIIC standards, which are increasingly being used, serve as the foundation for halal standards in many countries. In addition to the Turkish Standards Institution, of which I am the President, our national organizations, such as the Halal Accreditation Agency (HAK), refuse to implement any halal standards other than OIC/SMIIC standards and structure their institutions in a way that sets an example for other countries in applying these standards.”

Stating that from product delivery to market, every stage is provided by the organizational structures that comprise the quality infrastructure in the World Şahin said “The OIC Halal Quality Infrastructure system was built under the umbrella of SMIIC in order to build consumer trust in the halal field, to ensure mutual recognition and traceability of certificates and to remove technical barriers to trade between member states of the Organization of Islamic Cooperation. The use and dissemination of this system by member countries will ensure the Halal status of products and services. The effective implementation of halal standards all over the world which were already published by SMIIC will provide "consumer protection" for states as well as a life in accordance with Islam for our Muslim brothers around the world.

The 9th Organization of Islamic Cooperation Halal Expo Fair, which will be attended by nearly 500 companies from approximately 40 countries is expected to generate a business volume of 1 billion euros, with 40 thousand local and foreign visitors this year.

More than 50 international speakers will make presentations in 11 different sessions of the 8th World Halal Summit, which was held with the motto “For a Sustainable Trade: Explore All the Aspects of the Halal Industry".

The street of world tastes will also meet with its visitors at the fair, where companies from various sectors such as textile, cosmetics, health, and tourism will participate and promote their products. This year, a special Start Up Zone was established for start-ups to present their projects to the incoming international investor mass, and young entrepreneurs were given an opportunity.

The event, which can also be followed online, aims to increase solidarity and cooperation among OIC member countries, as well as to raise awareness and strengthen relations in the halal sector in non-member countries.