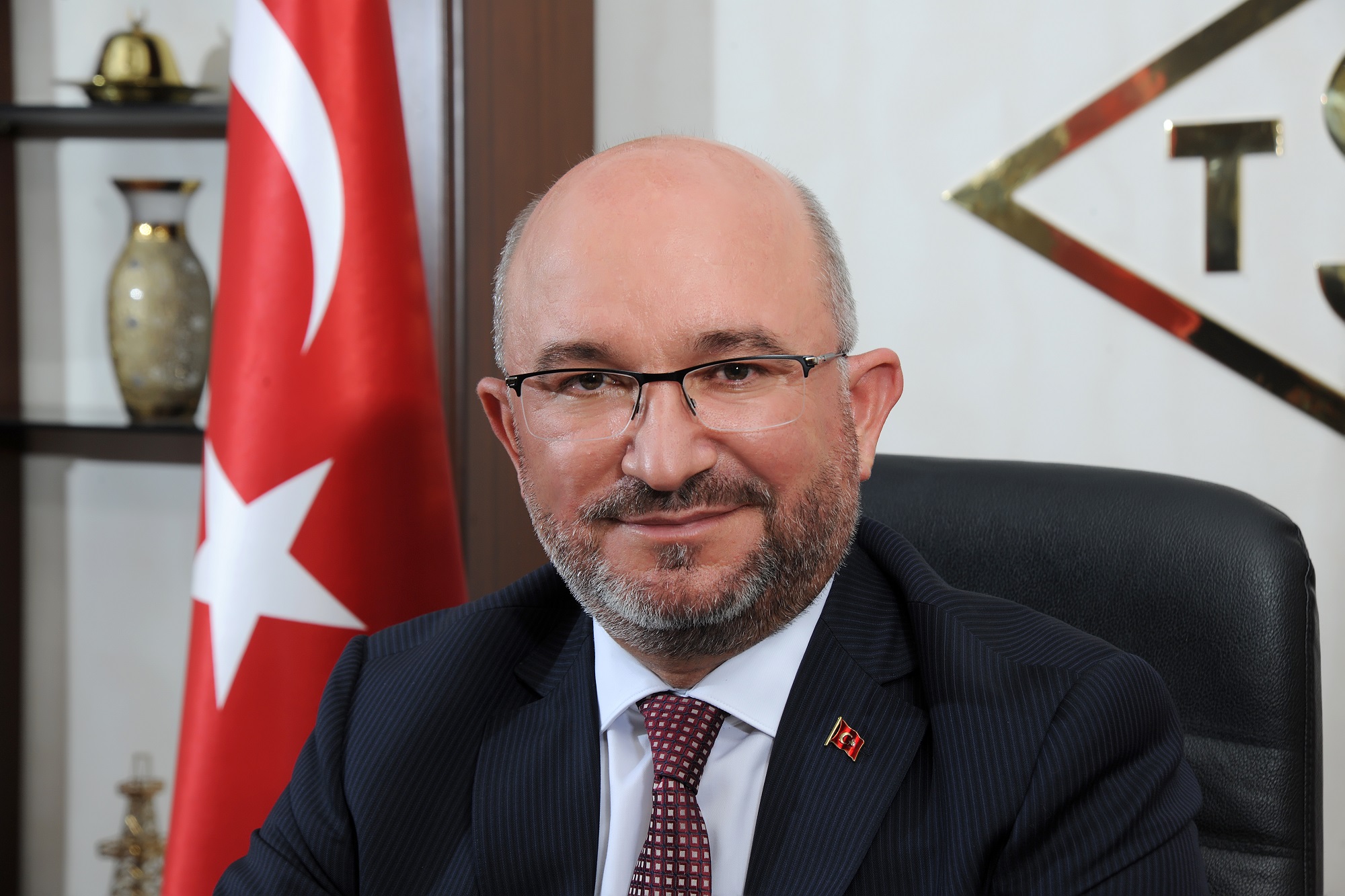 Mahmut Sami Şahin, the President of the Turkish Standards Institution (TSE) announced that TSE has certification in the areas of halal products and halal cosmetics, and added, "We will soon start a certification study in the field of halal tourism."

Şahin made statements to the Anadolu Agency (AA) reporter and evaluated the expo and TSE as part of the 8th World Halal Summit and the 9th Organization of Islamic Cooperation (OIC) Halal Expo Fair, which were held this year at the Istanbul Expo Center with the motto " For a Sustainable Trade: Explore All the Aspects of the Halal Industry".

Stating that the event drew a lot of people and that the fair got a lot of attention, Şahin said, "The intensity of participation and interest shows that our citizens and people around the world have started to increase their interest in halal."

Şahin stated that the halal issue is no longer limited to Muslims and said “When we look at Halal standards, we can see that it is now a preferred implementation by countries all over the world because of the conditions brought in by the standards, such as being clean, hygienic, healthy and natural during production, so that is satisfying.”

“We are the first institution to be accredited”

TSE President Şahin noted that halal is the most sensitive issue for Muslims, religious necessities require Muslims to consume halal products and Muslims need to reach products produced under conditions where halal is defined.

Explaining that an international organization was required to meet this need, and that The Standards and Metrology Institute for Islamic Countries (SMIIC) was founded on that basis, Şahin continued his remarks as follows:

“SMIIC was founded in Türkiye in 2010 with the collaboration of 13 countries. In fact, this was a critical step, an important beginning. As a result of the committees' work, standards on halal products and services were published, the contents of which were prepared within the framework of Islamic rules. So far, nearly 50 standards have been published under the umbrella of SMIIC. As Türkiye, we have adapted these standards to our country and have beeing using them. TSE, as the first institution to be accredited by the Halal Accreditation Agency, halal certification is intensively performed by TSE in Türkiye.”

“We will soon begin the certification study”

TSE President Şahin stated that halal standards should no longer be considered solely within a religious framework and explained, " This is a global trade area with a high volume of transactions. We are currently certifying halal products and halal cosmetics. However, we will soon begin a certification study in the field of halal tourism."

Şahin emphasized that this certification will greatly contribute to the increase in trade, particularly by ensuring uniformity among Islamic countries, and stated that SMIIC is a good platform to expand these certification areas.

Noting that SMIIC, which currently has 47 members, is one of the most important organizations in the world, Şahin stated, "The world closely follows SMIIC, the developments there, and the standards we have prepared. Because there is no longer any content that is directed solely at Muslims. It's a nice platform for works that will appeal to people all over the world. We held the general assembly last week. As President of TSE, I serve as Vice President.”

"The halal logo will be used"

Mahmut Sami Sahin stated that the Halal Accreditation Agency (HAK), which was founded to operate in the field of halal accreditation in the country and abroad, to represent Türkiye in international halal accreditation studies, and to take the lead in the studies conducted, is an official institution that accredits the institutions that will make the certifications in this field.

Şahin stated that TSE was the first institution to be accredited by HAK, which is valid all over the world, and that after the circular published in the summer months, the certificates of the institutions accredited by the HAK will now be valid, and that the studies in this area will be completed in June 2023.

Şahin stated "After that date, the halal logo can be used on HAK certificates. At the moment, I believe our companies and accreditation bodies have completed their work and begun a study to ensure that their trade is not disrupted."

"We are with our business world"

Şahin stated that TSE has a very broad infrastructure with 27 laboratories in 11 provinces of Türkiye, it serves a wide geography, particularly in Islamic countries, and emphasised that they have taken very serious steps to become a country that sets the standards rather than following the world standards.

Şahin concluded his remarks by pointing to Türkiye’s efforts to increase exports: "We are constantly trying to assist them with certification studies that will remove all barriers to increasing Türkiye’s trade with countries in our regions, guiding our business world, and playing a key role in their products so that they can sell their products abroad. We support our business owners and industrialists.”