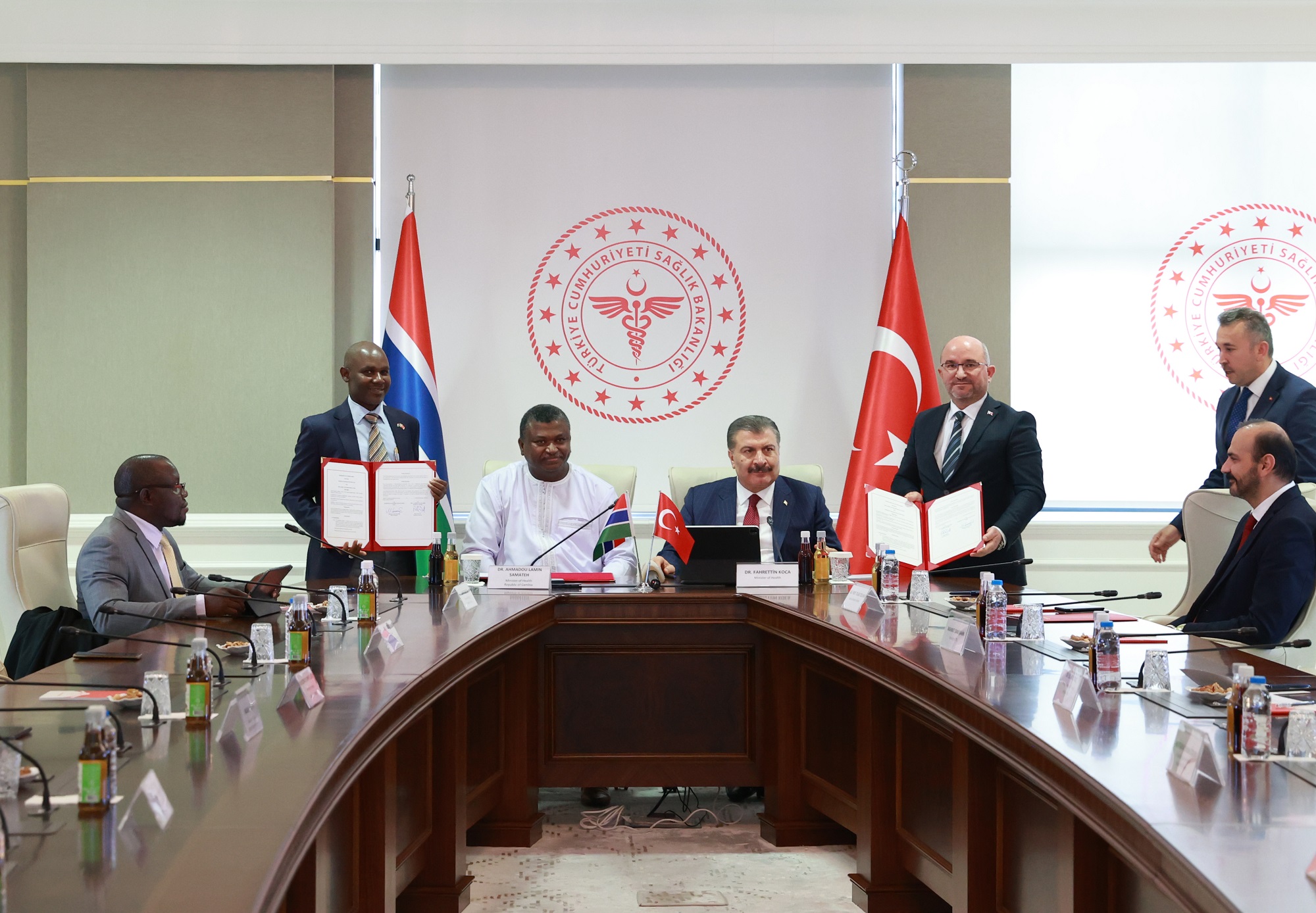 Samateh stated that Türkiye has been supporting Gambia in all fields for many years and that they would like to collaborate on health tourism as well.

Following the speeches, the ministers of the two countries signed the JEC protocol. The JEC Protocol includes bilateral trade relations, mutual investments, commercial issues with Sub-Saharan Africa, and economic and technical cooperation, particularly in the fields of energy, tourism, health, agriculture, and transportation.

A Memorandum of Understanding was signed during the JEC Meeting between the Turkish Standards Institution (TSE) and the Gambia Standards Bureau (TGSB) for cooperation in the fields of standardization and conformity assessment.

As a result of the meetings, it was also agreed to establish a "Joint Working Group" between the health ministries of the two countries.