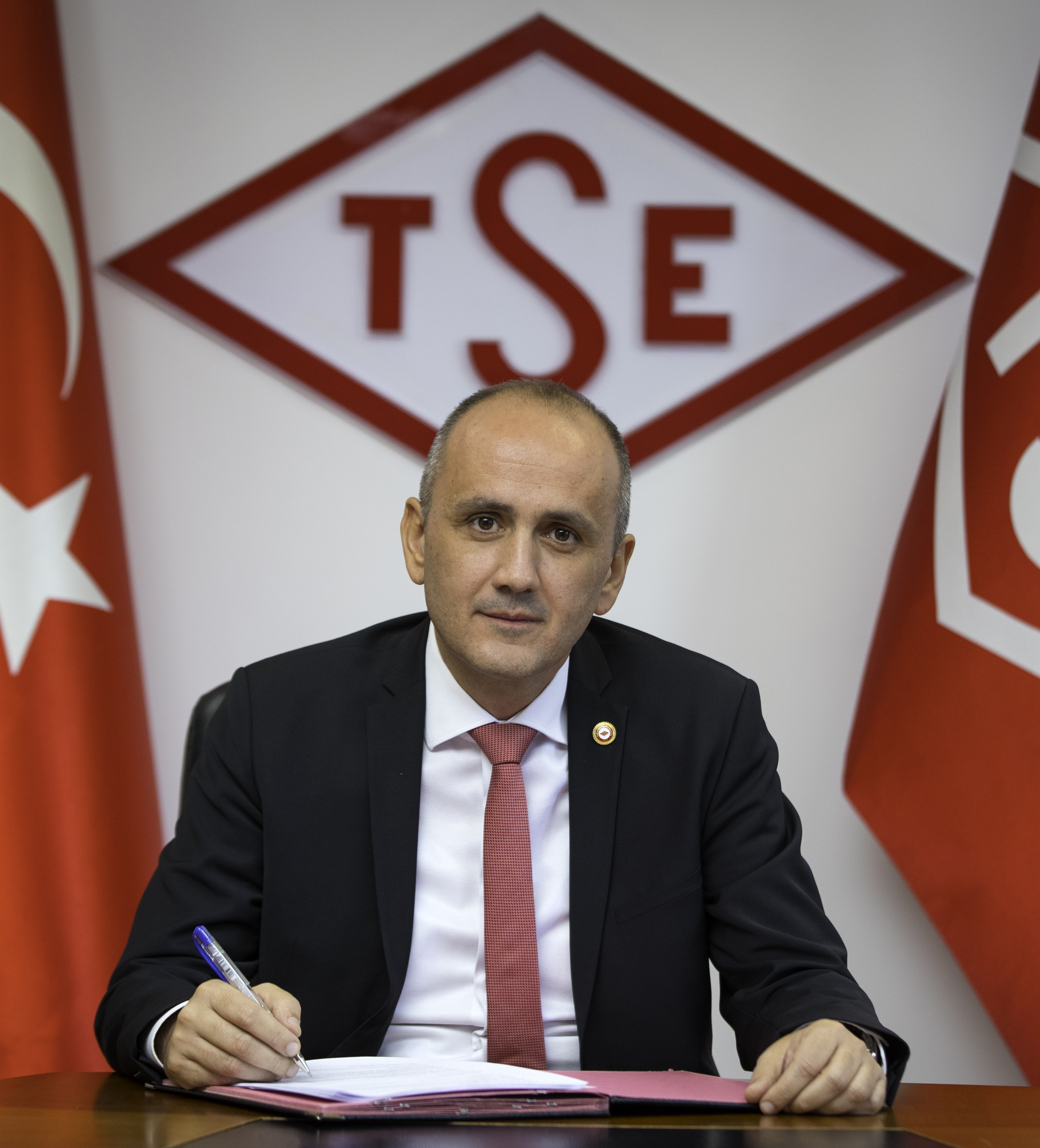 Aykut KIRBAŞ was born in Trabzon in 1974. He graduated from TED Ankara College in 1991. He completed his bachelor’s degree at the Department of Metallurgical and Materials Engineering of Middle East Technical University in 1995. Then, he completed his Master’s degree in the same department in 1998. He is a European Welding Engineer and an Occupational Health Expert (A-Class).

Aykut KIRBAŞ began his carreer in Turkish Standards Instiution in 1995, and worked, respectively as:

He is a trainer and lead auditor in management systems and also a lead auditor of Turkish Accreditation Agency in accreditation area. Mr. KIRBAŞ served as Advisor to the Boards of Directors at the International Certification Network (IQNet), the largest organization in the field of management systems in the world, of which TSE is a member. For the period of 2017-2020, he has been elected as the Vice-President of IQNet.

He was appointed as Secretary General on October 18, 2018.

He is married and has one child. His foreign language is English.